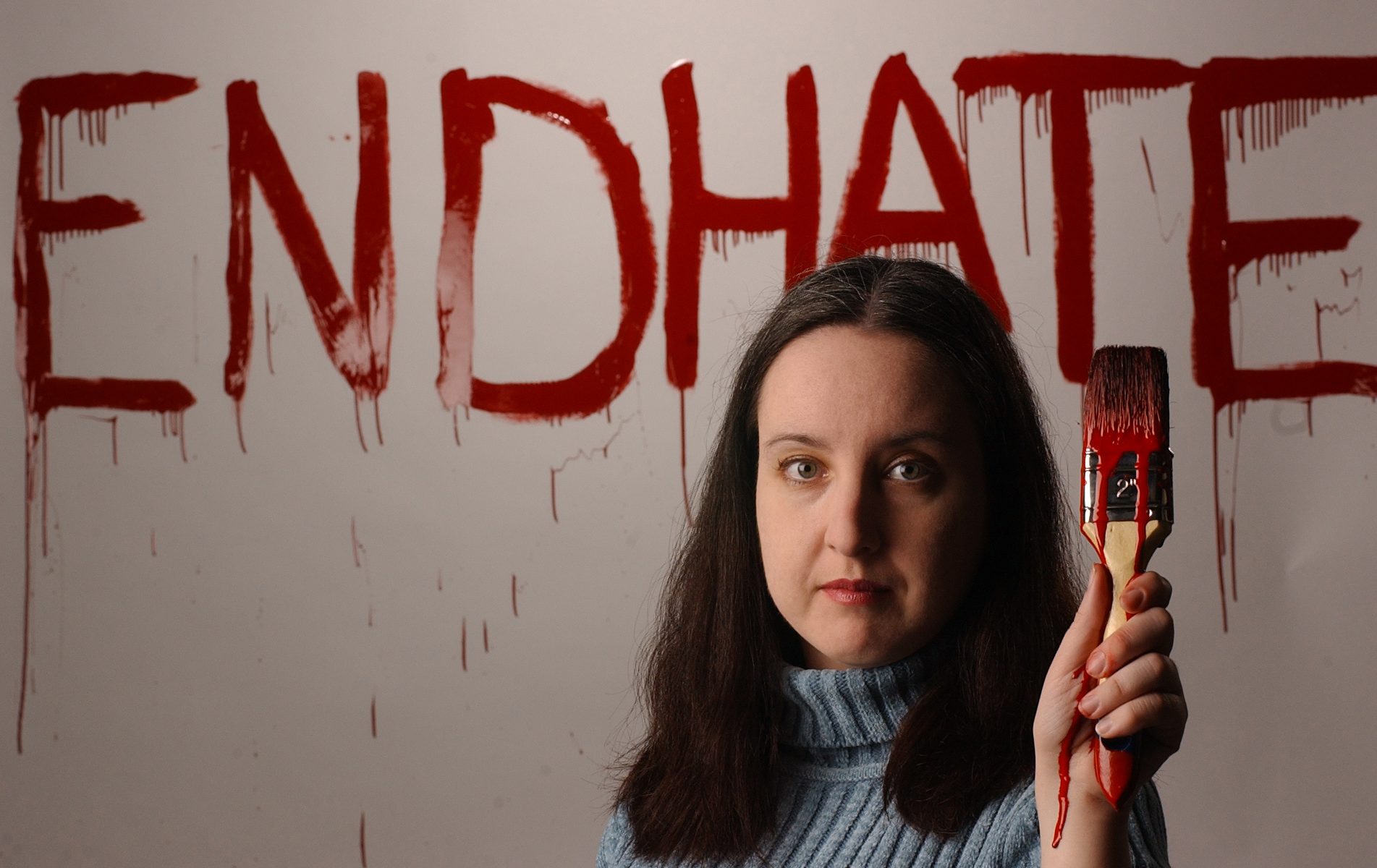 Elizabeth Moore was born and raised in Scarborough, Ontario. While attending high school, she was introduced to the white supremacist group, The Heritage Front. Moved by feelings of anger and ignorance about the racial, cultural and economic tensions in her school, she embraced the racist-right.

From 1992-1995, Elizabeth rose among the ranks to become one of the few prominent female spokespeople in The Heritage Front. She regularly wrote for the group’s magazine, Up Front, recorded “hate-line” messages on one of their telephone hotlines, and conducted media interviews, culminating in her participation in the Canadian documentary “Hearts of Hate: The Battle for Young Minds.”

However, once Grant Bristow was found to be a CSIS agent, and all of the Front’s dirty laundry was aired in public, her view of the racist movement slowly began to change. After much soul searching, and with the assistance of Bernie Farber and the Canadian Jewish Congress, Elizabeth cut ties with the racist right. Since then, Elizabeth has participated in numerous anti-Fascist education initiatives, reaching millions. (See Projects for more details).

In 1996 Dennis Foon and Phil Savath approached Elizabeth with the idea of making a fictionalized film about her experiences. She agreed, feeling this was an excellent opportunity to educate a mass audience about the dangers of hate groups. Elizabeth contributed multiple extensive interviews with writer, Dennis Foon, consulted on scripts and wardrobe and provided background information for some of the actors. The International Emmy and Gemini finalist, White Lies, starring Sarah Polley and Lynn Redgrave, aired on CBC television across Canada in 1998.

Elizabeth regularly speaks to school and community groups, and to the media about her experiences. She feels that educating people is the best way for her to give back to the community and welcomes the opportunity to participate in programs and projects.